Man fishing on the Jaffa beach on a mid thursday morning. 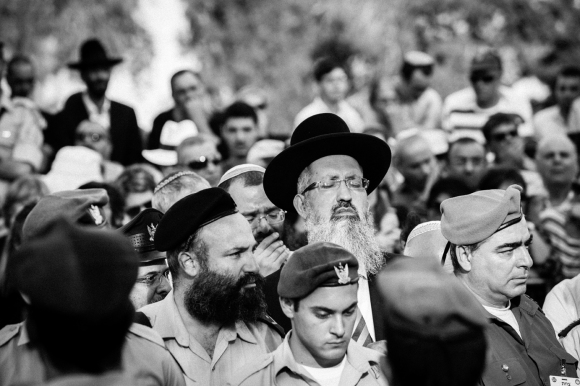 Rabbi praying during an IDF soldier’s funeral in Jerusalem.

The mother of 20 years old Sergent Almog Shiloni lay on his coffin before he gets buried.

Protesters walk over a sing that reads “Bibi you are causing us a new war” in Rabin Square, Tel Aviv.

Sun bathing on the Tel Aviv board walk on a lunch break.