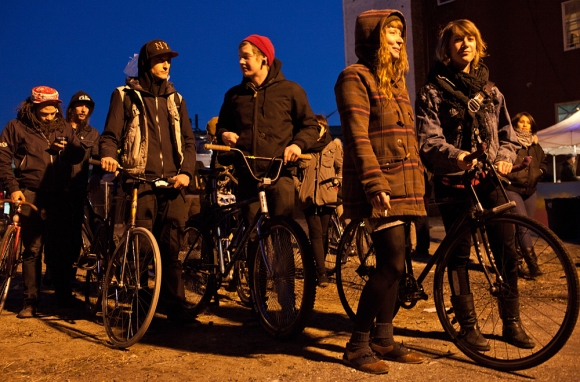 I started racing triathlons when I was 21 after I read “It is not about the bike” by once cyclist legend Lance Amstrong. My career lasted a short while over three years, then I switched to rock climbing and doing yoga and, occasionally running marathons because the restrictions of the city I lived in were too many to enjoy cycliing as much as I could living in the mountains.
But, the love for the two-wheels was engraved in my Italian blood. 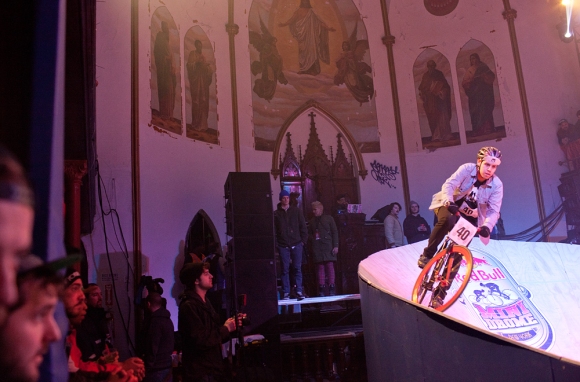 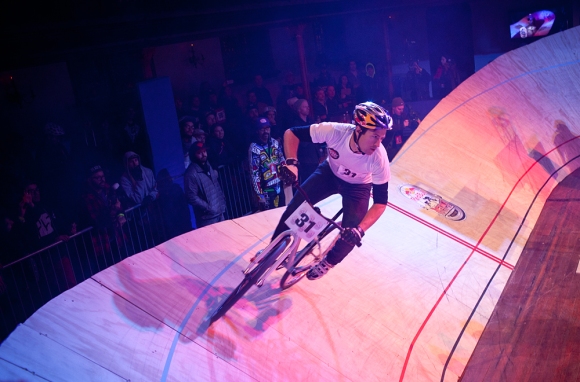 My father was a bike enthusiast and would climb up “Tour De France” stages before the actual race, and I followed him around once or twice during the “Giro D`Italia” bike race when Cipollini was still racing. I loved cycling so much that when Pantani died, I went to class with his Yellow Jersey and a red bandana on my head.
Yet, never in my life I had seen what I saw this past Saturday night close to my hood in Brooklyn.
The wildest mini velo-drome fixed gear bike race inside an old, decommissioned church.
When I arrived it was dusk and the “bike parking” line was already forming, the portable brick oven from Roberta’s Pizza *(the best Pizza in all Bushwick) was just about to get warm for the night of baking to come and the red bull drinking had already began. 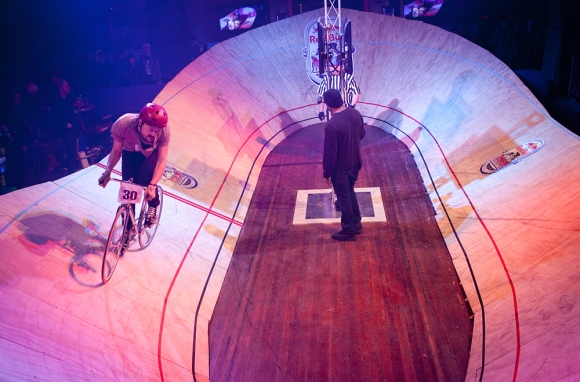 The count of broken bones was already +1, unfortunately my friend’s boyfriend had just lost control of his fixy at a sharp turn on the mini-drome and felt on his elbow the wrong way. The results: Decomposed fracture of the whole elbow and required cast for 4-6 weeks and possible consequent surgery.
I hadn’t even walked in that one ambulance had already left the premises.
I stood in line for over an hour, tried to take some photos of the piling-up of what are commonly and, maybe even a bit spitefully, known as “hipsters” or maybe simply recognized as “bike-messagers” or “bike-mechanics.”
My eyes wide open with disbelief on the similarities among these “riders” and their “veichles,” as if they has all been fabricated in the same premises.
Yet again their way of riding inside the drome was quiet different and relatively much wilder than I could have ever imagines on a first glance.
But it was quiet the site to see, especially for a bike purist like myself. I do not think I had ever seen a Cinelli fixed gear road racing bike been ridden by a very tall, pro red-bull sponsored bike racer inside a min-drome at 10pm at night before. 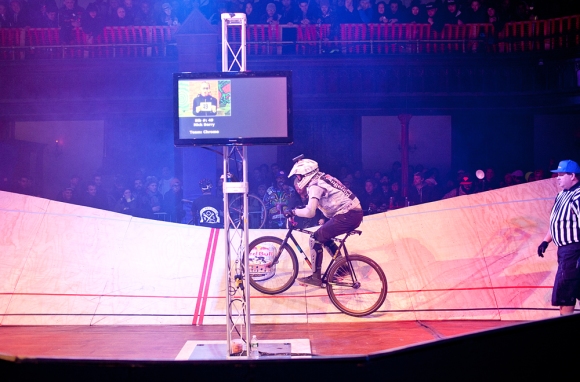 More news this weekend from the Red Hook Crit
Check out this video for more info on the event this Sat., March 30 in Red Hook, Brooklyn.