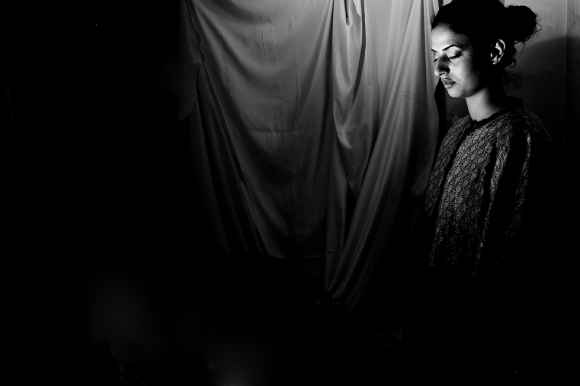 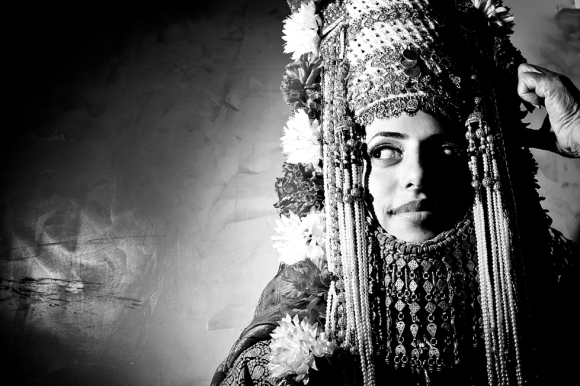 Her mother used to clean the bathrooms in the King’s palace back in Sanaa, Yemen. She was married at 10 and lived hostage in the home of her baby-husband until she was old enough to “have relations” and move into a place of her own. She never learned to read or write. She prayed with the help of her husband, but mostly she just listened. She had nine children and then one day she was blessed enough to leave Yemen and move to Israel where life compared to there “was heavenly.” Where there is enough food for everyone and where poverty and an-alphabetization is not a problem for the majority of women.
Her name is Judit and she has been a China dresser/organizer for over 20 years. She learned to do it from her mother in the years before she passed away. So now her and her three sisters bring back traditions to life every time a Yemenite woman or man are getting married. Last night it was one of those days.
A Kala usually celebrates a China *(a ceremony when henna is made out of the pollen of some particular flower and the bride is painted with it as to symbolize her marriage would be fertile and full of joy)few weeks before her wedding. In modern days we could call it more like “bridal shower,” but the dancing, the flowers, the biblical symbolism behind the henna and the Yemenite food are just much, much, much more than our daily bachelorette parties.
I have just never seen so much joy and sorrow all mixed together.
The bride is dressed as a Malka, a Queen. She wears rings on every fingers, necklaces and bracelets of all shapes and size to equate her to a grow-up woman and a precious gift for the husband to gain. She must be 10kg heavier than before she gets them on. Then the white and red flowers adorning her head are a reminder that during the wedding month a Kala’s sins *(red flowers) are cleared and she again becomes pure *(white flowers) as the white snow. Another symbol of purity is the ankle bracelet the Kala wears, which is a reminder of the belt warned by the Bet Amigdash altar, the holiest place in the old Temple.
For every dress she will wear, *(the usage is five for every kind of Jewish Malka: the city girl, the country one etc…, but today they only try on three) she will have different head covers and different jewelry, likewise the guests are asked to change outfits to match her since the night is all dedicated to her happiness and wishing her a “plentiful life to come” with her new Khatan.
Now, if only we could have been in Yemen and we could have experience the reality of a pre-nuptial rituals, then all the women would have probably danced outside or in a mud-made house and their dresses would probably have been sewed by hand by other villagers, not to mention the food would have been cooked in their homes and brought by right for the occasion.
Another reality, one that, unfortunately does not exist anymore because there are no more Jews in Yemen. They all came to live in Israel or fled elsewhere due to the Arab discrimination. A tradition that is bound to extinct itself, if nothing is done to preserve it. This is why Judit and her sisters choose this job over many others.
“Our mother did it for years, she was the best at it and she kept these women’s rituals alive,” said Shulamit, the younger sister. “We have an obligation toward her to keep the tradition alive as well as we can.” 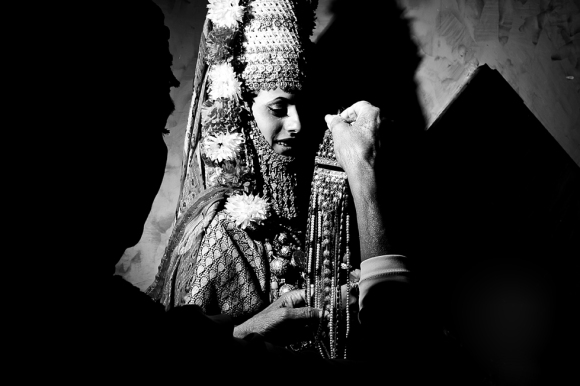 5 thoughts on “the Yemenite Kala”