I was biking in Sheikh Jarrah this morning at about 12pm when I saw a bunch of Israeli soldiers lining outside of this house on Dalman Street at the corner with Nablus Street. I jumped off my bike and go a bit closer. I do not speak Arabic and I thought it was not the case to make any introduction of who I was and what was I doing there since I was the only non-Arab reporter on the scene and the atmosphere was already not so pleasant.
The Press was waiting outside while the Israeli soldiers were “searching the house for weapons,” as someone among the neighbors said they were doing. The soldiers did not speak. They just kept the order.
All of a sudden an Ambulance comes bye. Apparently the father who suffered from hight blood pressure, had a scare due to the soldiers searching his home and started feeling dizzy so he and his wife were taken to the nearest hospital. The daughter-in-law, to whom I spoke after, said an Israeli soldier hit his mother and she was wounded, but I did not see any blood or wounds on her when she was in the ambulance. But, again, I was not inside the house to see what really happened. I was only let in later to see how the soldiers open all the closets and threw everything on the floors and cleared the scene.
The Arabs could not speak to the soldiers, the soldiers could not speak to the Arabs. Everyone was screaming in their own language, and the chaos was a bit overwhelming. Let alone there was nobody who spoke English! So I just kept quiet and took photos. 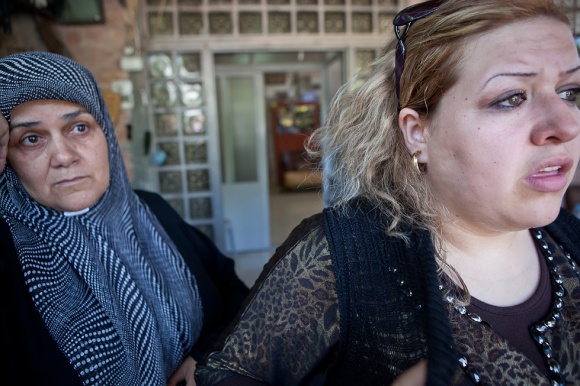 I briefly tried to understand if what the soldiers were searching for was something legitimate, but all I got was a bunch of comments among tears about how “this is not what we call democracy..someone cannot just come into your home like this and search it inside-out scarring everyone around.”
I did not know what to say. I was trying to empathize with the Arab women and children who were crying and scared about what just happened. At no point I was scared or felt treated by these people, who actually let me into their house to photograph and take a look to what happened without knowing me.
I wish I could speak Arabic or just understand a bit more this one lady who was saying the Israeli hit her in the head while they were searching. She was very mad.
I wish I could have spoken to the soldiers too, but they just fled the scene so quickly, I had not way to even approach them. I am not sure they even found the weapons.
All I know is that the scene was the one out of a real daily happening here in Sheikh Jarrah, the Arab neighborhood in East Jerusalem.
“A reporter who came later says, this is just another search in another house that ends in another massive crying-out and a bunch of rolled-up mats!”
This area has been contended among the Arabs and the Jews since before 1948, but in 1967 Israel conquered it and in 1972 some Sephardic Jews re-claimed their territories within the neighborhood that were theirs since before time. Most of the Arabs who live in the area do not own their houses, they pay rent from the Israelis to live there, although the area is not fully considered Israel yet, but still under Jordan control. 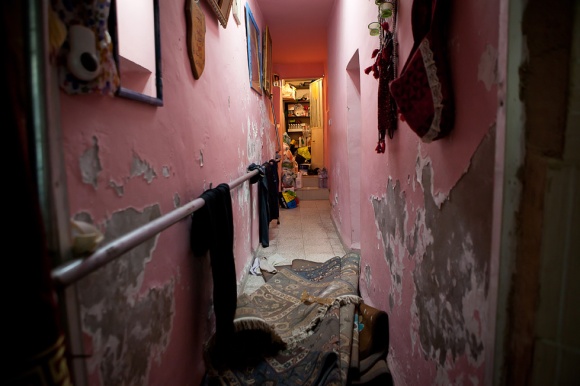 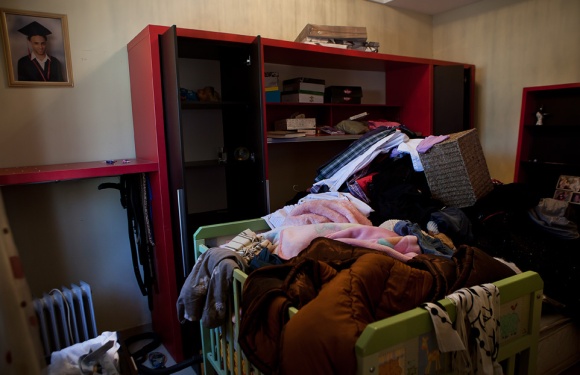 I am appalled at the situation. I was there and I was unable to even fathom what to do. People were crying, some screaming, soldiers were looking for something. And I can’t even blame them because probably some intelligence told them there was some danger in this house. Yes, in a country at war, civilians are always at stake and it’s very sad to admit and to see, especially when you know they maybe put through this for someone else’s mistake.
But, who are we to know. Who are we, the people to see behind the goodness of the hearts of these civilians *(and of the soldiers who are not monsters, but boys of 20 years old) to understand the intricacies of a war of religion built upon pieces of land and governments concessions and/or retractions for economical reasons?
Yes, the crying Arab lady was sad, she was right, she did not deserve her house put upside-down for no reason and with no mandate, she did not need to see her parents going into the ambulance to say the least. But in many other houses, during the years, the Israeli searched and actually found some weapons smuggled in from Egypt or Syria and these are reasons to worry…it’s worthless to even try to take a position pro or against one or the other. This argument is like a “dog who bites his own tail,” one step forward and we take three steps backward somewhere worse and more complicated.
Let’s take it all case by case and see if there will be, one day, respect from one another first and foremost, then peace maybe will come as a result.
I am just glad I saw with my own eyes how things I see on TV or read on the paper, really go about: They are not so black and white and so clearly wrong or right, they are confusing and painful either way and there is never a winner or a looser, but victims from either side. 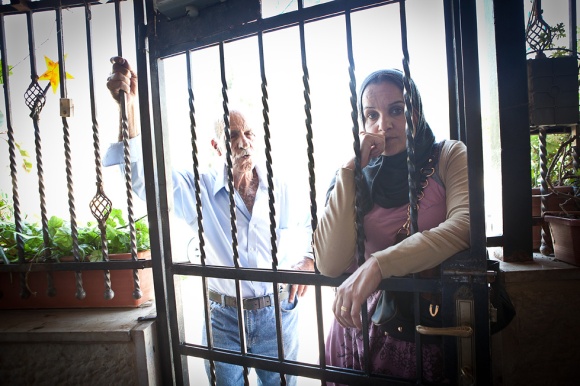 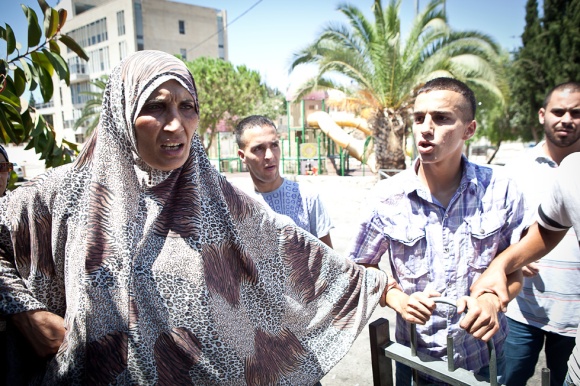