the new reality of kibbutzniks 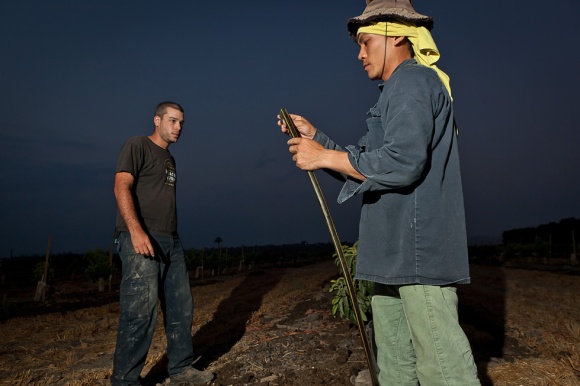 “Here in Beit Zera we wake-up before dawn. We meet for coffee at 10 minutes past 5. We had a little daily meeting and then we go about our business in the field,” said Dan the head of the agriculture in the Kibbutz of Beit Zera in the Jordan Valley.
I joined in part of the fun yesterday morning. I woke-up at 4:30 am, to be there on time, had the coffee, sat in the meeting and then rode a tractor to the fields of avocados.
But I was surprised to see Thai people working on irrigation systems and not kibbutzniks…
I thought agriculture and working the land was the heart and soul of a kibbutznik’s life, but I was mistaken.
Something has changed in the years. Now that the standards of living have reached a different threshold, a kibbutznik’s life is more demanding and the salary of a, agriculture hand worker are not enough anymore.
“Kibbutznik kids do not come back to work in their kibbutz after the army, they look for something else to do because the 22 sequel a hour they can make here is not enough for the hard work they do,” said Dan. “It’s sad because we are loosing our community identity because of that, but it’s also reality. So we hire Thai people.”
The Thais are reliable, hardworking, precise, quick and they do not complain about the pay because for them it’s much better that what they could earn at home. The final product is still a kibbutz product, but the production of it is what’s different.
And then there is Musaf. He is 84, he comes from the ex-jugoslavia, and he even spoke a bit of italian because of his year spent in Catania. His parents were killed in the Nazi camps in Poland, so, after the end of the war, his remaining family sent him to Israel. He ended up in Beit Zera and never left. He has been working in the fields since he was 15 years old, which makes for 69 years of seeding and picking. He is the great grandfather of the olive trees and the masquotte of the kibbutz.
Let’s see how the olive oil I bought from him yesterday is going to taste now! 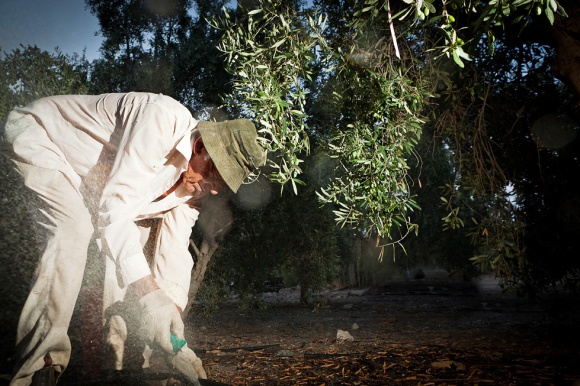 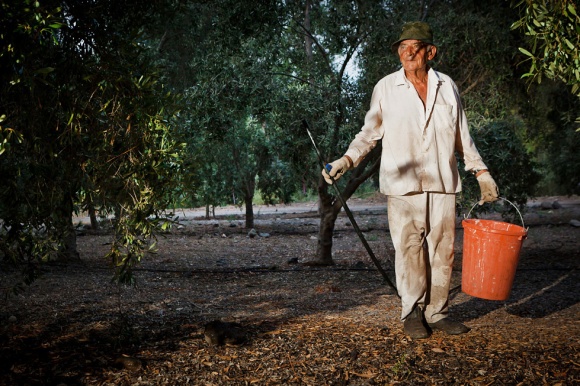