A little piece of Brazil on Broadway…

…or that’s how it felt like at my very first Capoeira class the other night (and not, unfortunately, I did not “fight,” just watched because my knee is still recovering and there can’t be any Capoeira without jumping).
Every Monday, Wednesday, Friday afternoon on the second floor of the Chinese Cultural Center at the corner of Broadway and Canal in the City that includes all nationality and all cultural background, you can hear the Berimbaus playing from when you jump on the elevator, until the doors open and the last drum is put away.
Capoeira was invented as a “form of self-defence” from the Slaves imprisoned in Angola, Africa and brought to the coasts of Brazil to work, as a weapon to defend themselves against the feudal landlords.
The Rio de Janerio based Sanzala’s Capoeira group has been around since the 1960’s based on the teachings of Mestres Bimba and Pastinha from Salvador, Bahia, as well as from Mestre Leopoldina.
The Sanzala styles is a whole new style of Capoeira, “a Capoeira Contemporanea,” or a mix of Angola Capoeira (slower and less dynamic) and Traditional one (faster and more acrobatic).
It’s irresistible and yes…the more I looked at these people “fighting” their way through, the more I wanted to be right there in the middle of that Roda walking on my hands upside down as if their energy where contagious… 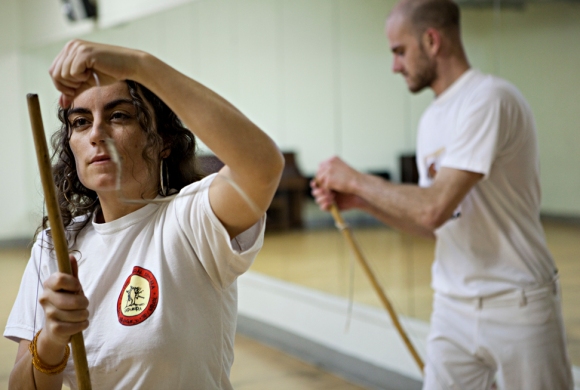 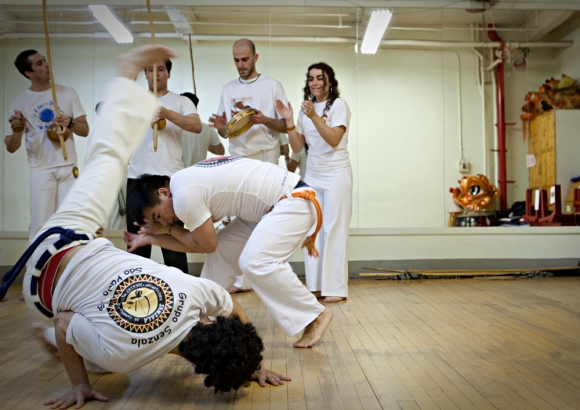 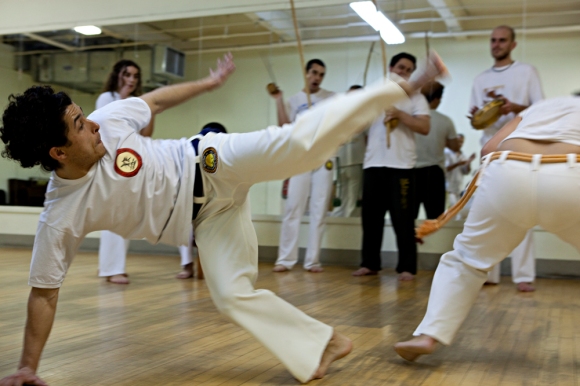 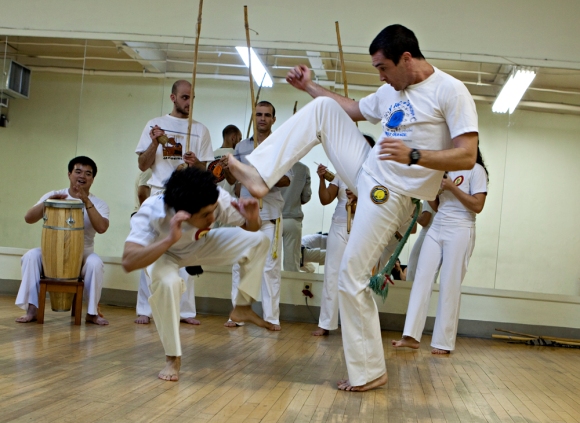 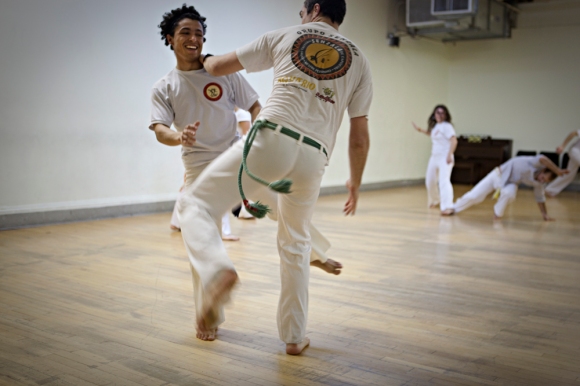 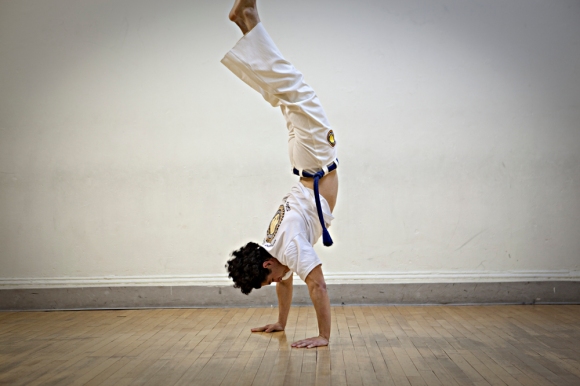