A Run to Remember

I never thought waking-up at 5:30 am to take a ferry to Governor’s Island in the cold morning breeze on a Sunday could be so rewarding. Today, Sept. 5, 2010 I had the honor of meeting and photographing some “true survivors” of the terrible terrorist attack on the Twin Towers who ran a 5km in memory of their family members and friends. 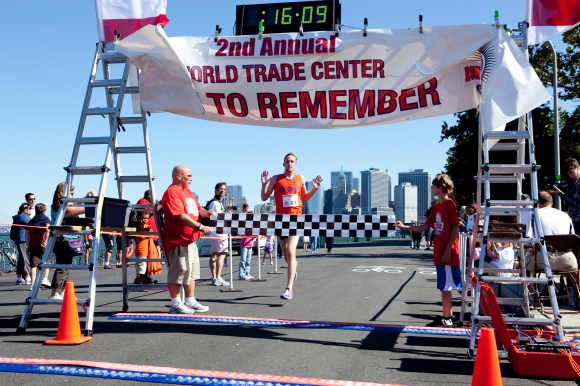 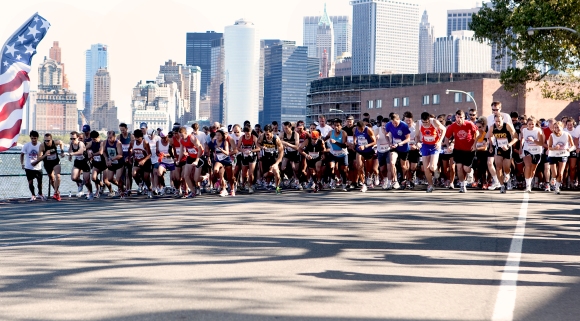 His name is Helman Carrea. His son was Danny Carrea. He was on the 98th floor when the flight AA 11 hit the north tower of the World Trade Center and killed him. His body was never found. His father never buried him. So, today he decided to run in his memory.

Carrea was not alone, 1,200 people coming from 11 countries (as far as Uruguay, Illinois and as close as Staten Island), joined in the 5km “Run To Remember” in Governor’s Island opening the week-long NYC celebration for the 9/11 ninth anniversary.

Team Mladenik came all the way from Illinois with its 17 family members along four generations in loving memory of Jeff Mladenik who was an actual paseger on flight AA 11 directed from Boston to Los Angeles. The littlest one Ariana was only about two years old. 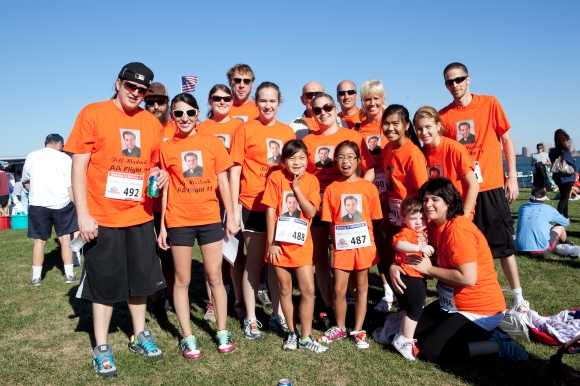 But, the first lady I met early this am on the ferry on my way to the island was Patti Jezycki the running coach for the Team in training for Leukemia. She lost her sister-in-law, Peggie on the second tower and her husband Michael, a NYC firefighter, contracted leukemia from the ashes and the fumes inhaled during his many months at work at Ground Zero. Her story is both heart-breaking and very re-warding. She is spirited and decisive to make her life nightmares into dreams. 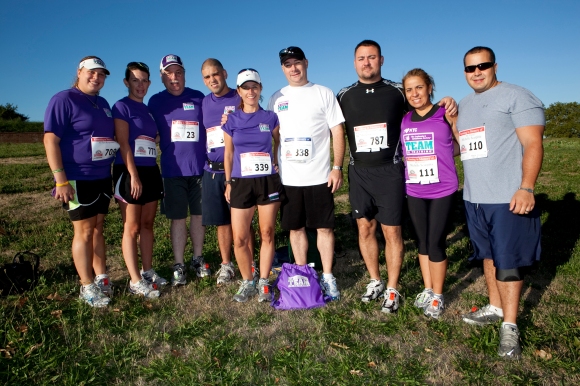 I was in Italy on the day the two planes hit the towers. I was watching TV with my grandmother in the country side of Marche in the north west of Italy. I remember exactly where I was seating and what I was doing (studying for the driving license), but I was for sure not teaching elementary school students likewise Patti. 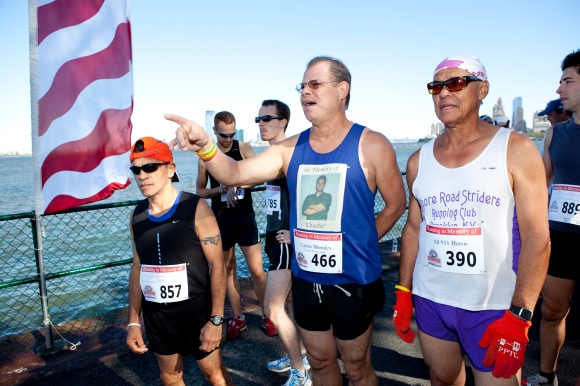 That day must have been hell for all of those people. I can’t begin to imagine. All I can do is show you their faces and tell you their memorable stories of survival in the hope, their loved ones’ death will be forever remembered and this incident never repeated. 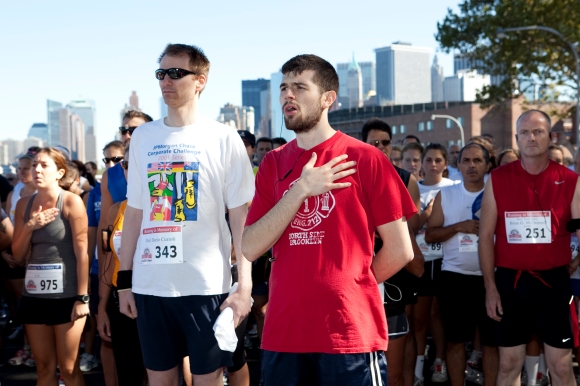 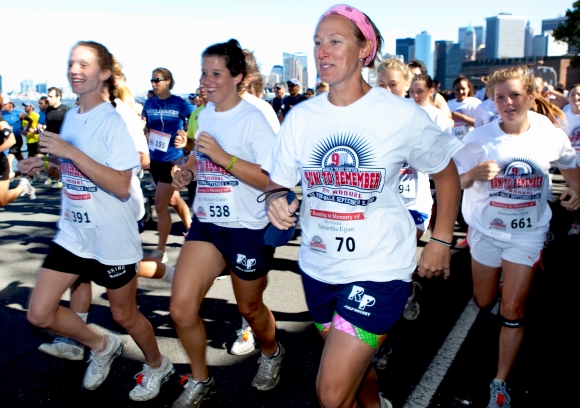 One thought on “A Run to Remember”