When a musician dies in the beautiful Crescent City his funeral is not a sad remembrance of his past life, but a loud and almost-flamboyant jubilation of music and dancing in the streets to accompany the music-maker to the heavens with a strong and sound melody of what his life was all about. 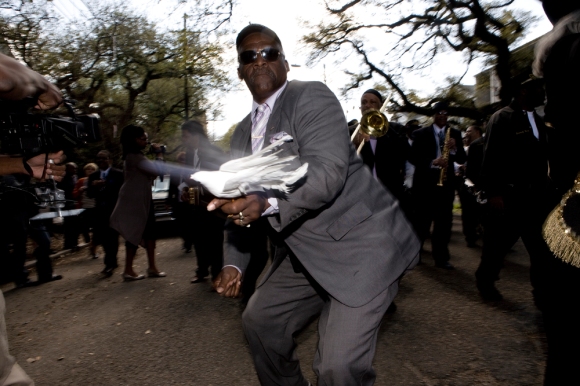 Saturday, March 27 was the time of Bernard “Bunchy” Johnson, a New Orleans native and drum player. He was an alumni of the St. Augustine High School, which has one of the oldest music marching band in town and he graduated from the Xavier College with a degree in Music and Theater. He had played with famous musicians such as Dr. Johns and also one of the Naville’s brothers. Not to mention his strong participation with the Treme Brass Band all around town and his performances at Preservation Hall. 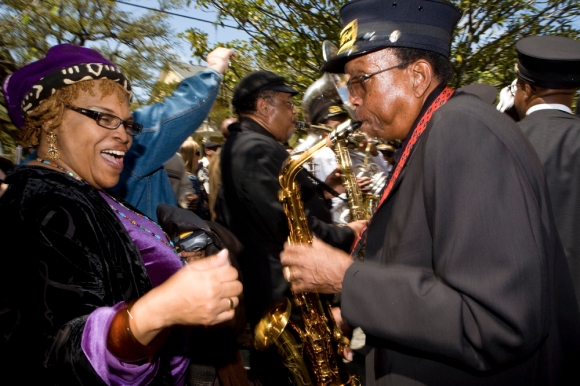 He was buried with a pair of drum sticks intermingled in his hands as a symbol of what he love to do: Play (how do I know? I saw them during the waking ceremony when the open casket was approached by family members and “friends” to see “Bunchy” go).
This was the first time I had ever seen an open casket with a dead body in it (I don’t have a picture of the corp, of course, because I thought it to be very disrespectful to do so) except for the several times in Anatomy class where we had to dissect body parts from cadavers. But, this is another story… 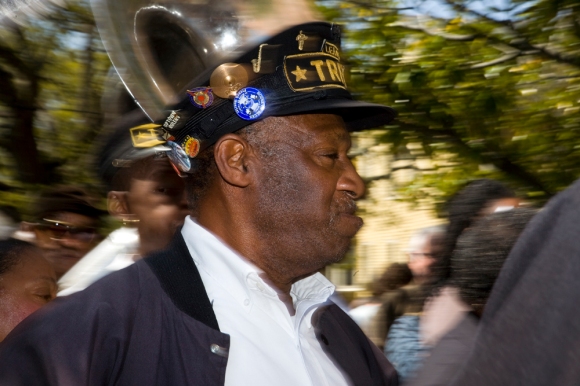 In any case, the “somewhat” disturbing sight of Mr. Johnson in his coffin in the middle of the Trinity Episcopal Church first thing in the morning was soon washed out by the new vision of trumpets, saxophone and piano players who stood up from the Church crowd and started playing their own notes in memory of the deceased just as if he was there with them to follow along.
I was speechless in a stage of sorrow and joy. Tears were running down my cheeks. Oddly so because they were for a man I had never met. But then again, I think it was because I had never seen a more beautiful salute to a dead man before.
But, I just hadn’t seen enough yet! 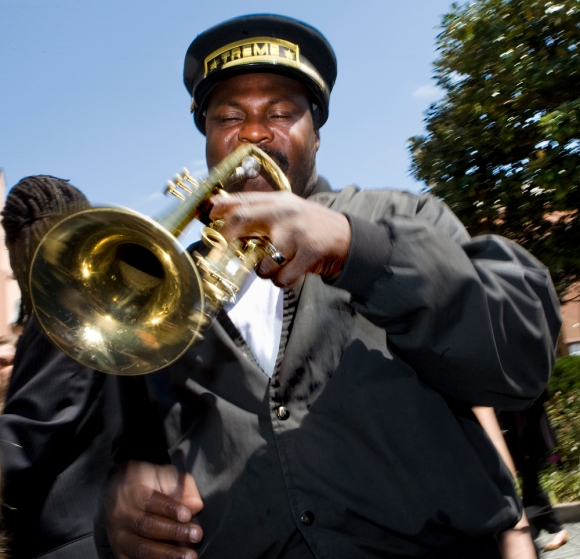 Once we walked out of the Church, this is where it all began: Dancing, Playing, Marching. No funeral for weak of heart, but a happy and intrepid crow of Funeral Marshall and white doves to lead the Treme Brass Band in all of its candor.
You bee the judge taking a look at the photos below. 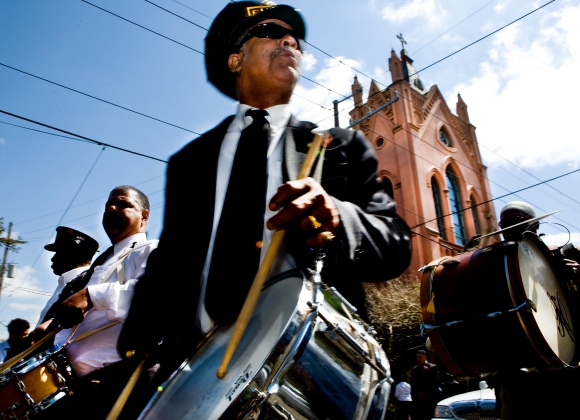 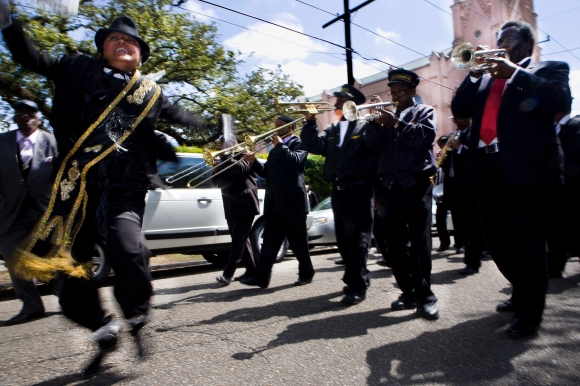 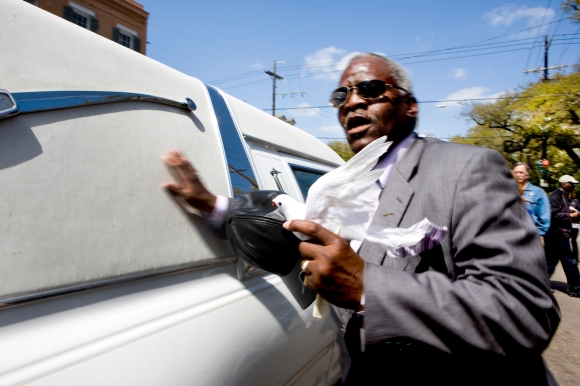 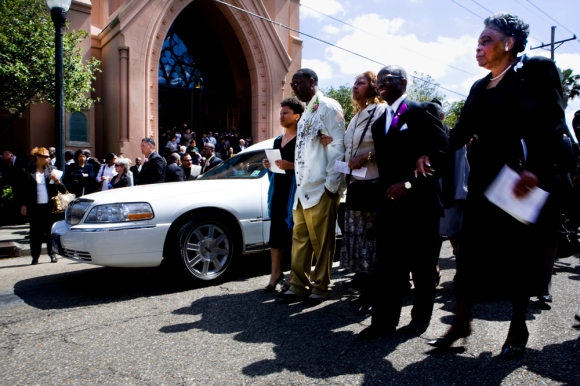 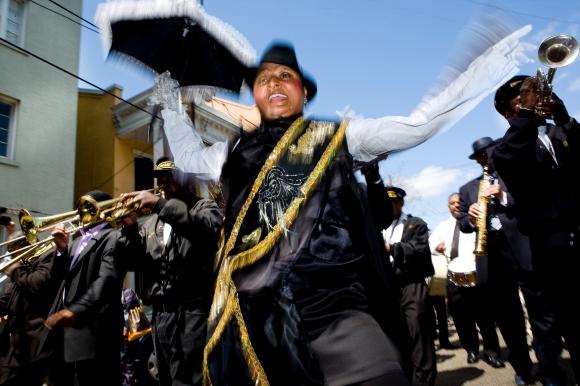 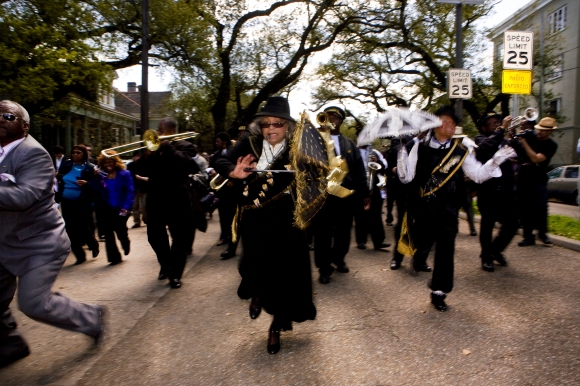 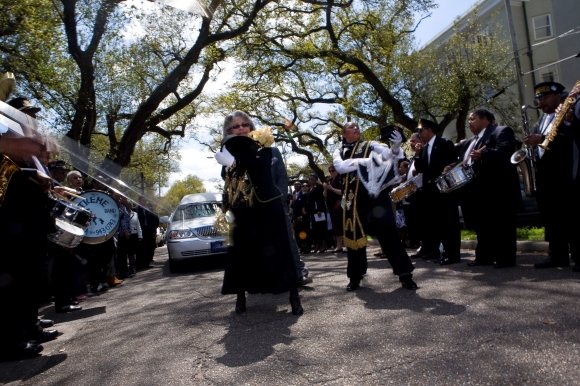 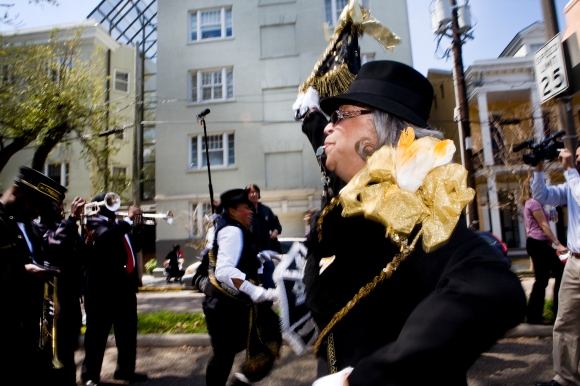 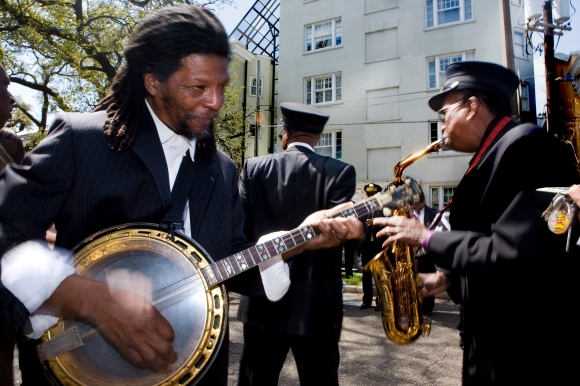 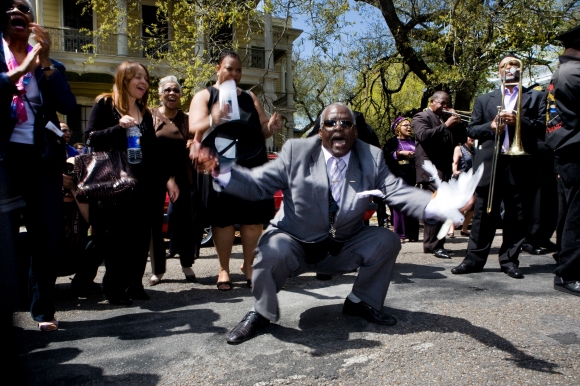