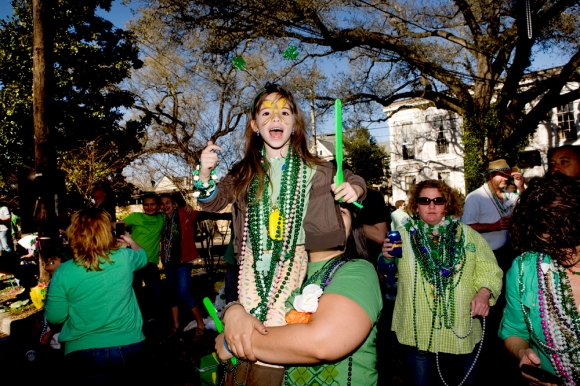 …New Orleans showed off with all of its Irish charisma in the Irish Channel Parade yesterday. And, as a good supporter of anything that this city has to offer, I was there to juggle my camera with cabbage, beads and paper flowers that were thrown at me from the floats rolling down Magazine street.

Spoiler Alert: If this was your first Saint Patrick’s Parade (it was mine) and you had no idea that taking photos means you had to spare a kiss and would also get a paper flower in return, you may find yourself with a whole lot of paper flowers and some dry lips to pay off for those 300 shots you so dearly wanted to take. And I am not ever Irish, I am Italian! Not to deny this was indeed an ego booster until I figured out it was all about my camera and not my looks.

In any case, so much for the kisses and the Irish colored paper flowers, my favorite part of the whole parade was the “throw of the UNEXPECTED veggies” from the floats. For once the profits of a parade did not end up in my bead-waste bin, but in my tummy via a nice onion, cabbage, carrots and potatoes stew.

Now, I am just very curious to see what will happen on the REAL Saint Patrick’s Day this Wednesday. Not sure what the Crescent City will have to offer, but I will be out and about looking for more celebrations and green beer drinking for sure. So expect something else coming your way soonish. 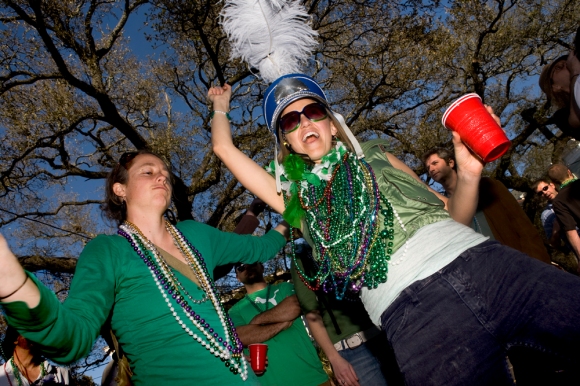 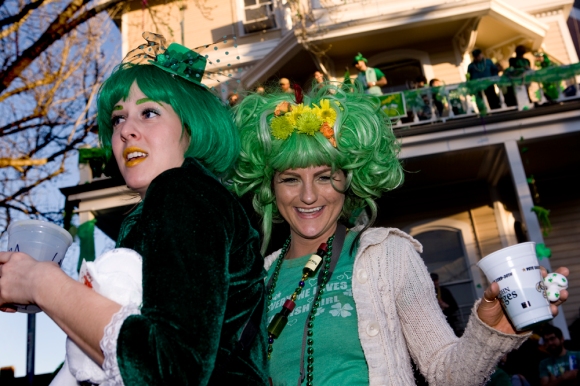 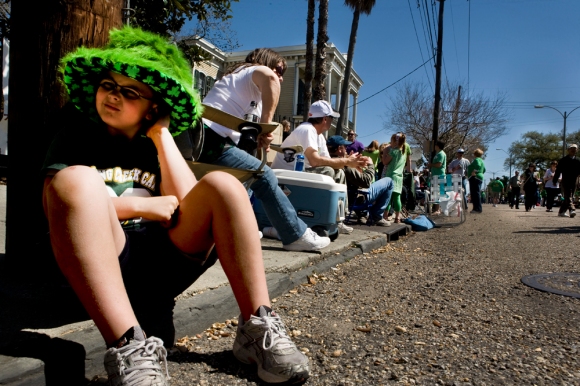 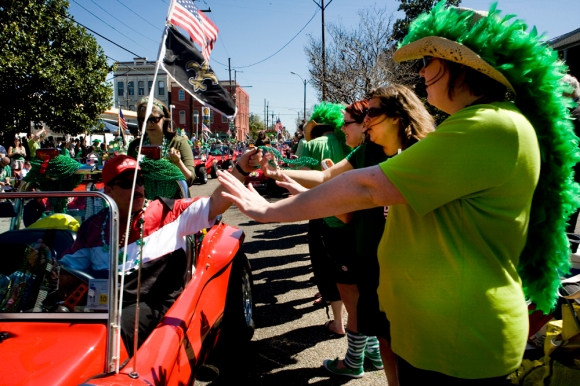