I am no much of a movie critics, and I am almost positive I could not recognize movie directors Steven Spielberg or Pedro Almodovar if they walked passed me on the streets in Manhattan. So, how did I find out that Spike Lee was filming a documentary around the Lower Ninth Ward this Sunday afternoon? I followed a Ferrari and a good lead.

Not sure the car was Lee’s, but it sure looked out of place among all the post-Katrina re-building.
In any case, it was pretty funny how Chris and I, with no Press Pass (they both expired the day after Mardi Gras), snaked into the movie shooting and started taking picture of the New Orleans Baby Dolls, the Baby Boyz brass band and the locals’ crowd singing “Who Dat!” as loud as they could.

This is what happens when you live in a city that’s always looking for a new way to surprise you with its strong will to grow and change so that even the most perfect stranger can feel at home among a bunch of strangers singing her lungs out about a football team she just started cheering for in the middle of the poorest neighborhood around. Katrina’s fifth anniversary is coming up, and the area that once looked like hell came down on earth and twisted it upside-down, is now almost all re-built and ready to show its new, pretty and proud face not only in a Spike Lee documentary, but to anybody worth searching for its hidden, French soul.

I never lived here before Katrina, and I did not travel here to see the damages after the natural distaster. I did not apply to Habitat for Humanity when the time came to volunteer because I was too busy finishing up college and being selfishly spoiled into a Masters program in Journalism. But, I am here now, five years later and I am finally getting to experience the city’s magic I have been reading about in books and seeing in people’s faces when they light up taking about the city’s smells after the parades.

I just have to admit, the New Orleans’ fever is finally sucking me in. It’s much more intense than the usual liking the town for its bar and Jazz scene. This place looks as if nothing ever happened (except the ghost houses still laying around the Ward). Its spirit is intact and it’s a pleasure to wake up to the smell of spring roses on Sunday morning and getting out of the house to find a new scene to photograph every week, especially when you do not know what to expect. No matter how famous they may be, they interesting point common to all is their secretive love for the city that never dies. 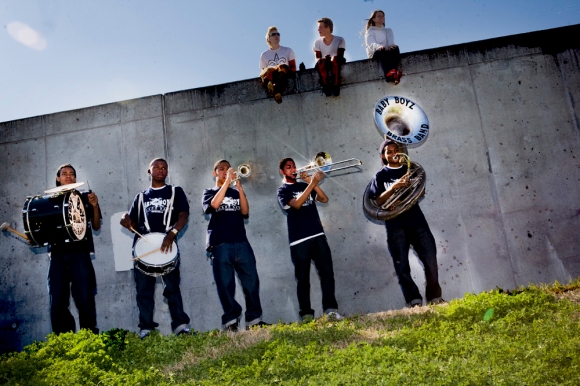 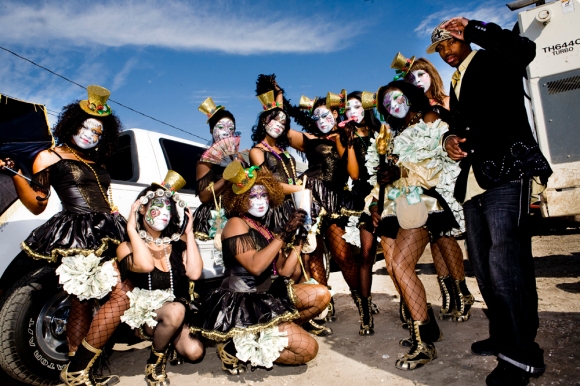 One thought on “Running into Spike Lee’s documentary shooting”