This was my second time watching the Super Bowl overall, the only other one was watching the Denver Broncos win in 2001, but it was for sure the most heartfelt.I am an Italian soccer fan. I do not do football usually. But last night, I was a Saint’s fan to the bones. 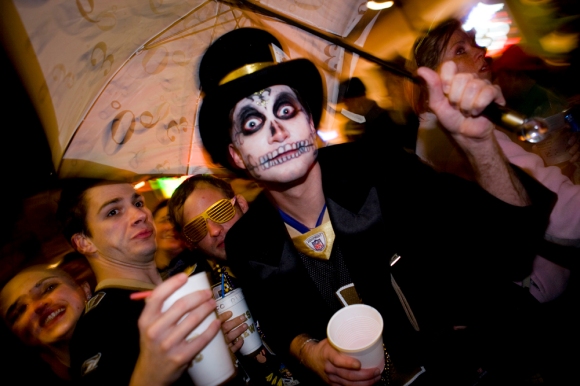 I just never seen so much love and spirt for a team as I have been noticing since I moved to New Orleans a week ago. This town maybe called the “Big Easy” due to its laisseze-faire costumes of fun times and debaucheries, but last night, after the Saint’s victory people were not only drinking to football, they were drinking to New Orleans’ pride reborn. 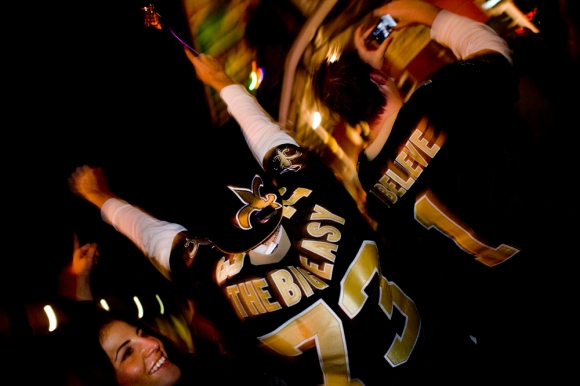 I wasn’t here for Kathrina, I only read about it in books and seens videos on the news, but I have met people who were here. I met the ones who slept on the roof tops of their homes for days before they were rescued. I met the ones who lost their jobs and their dignity to the hurricane. 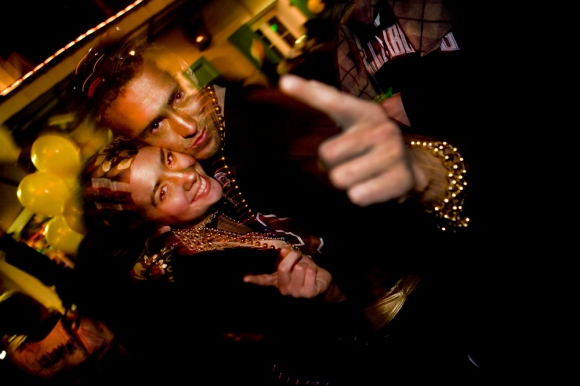 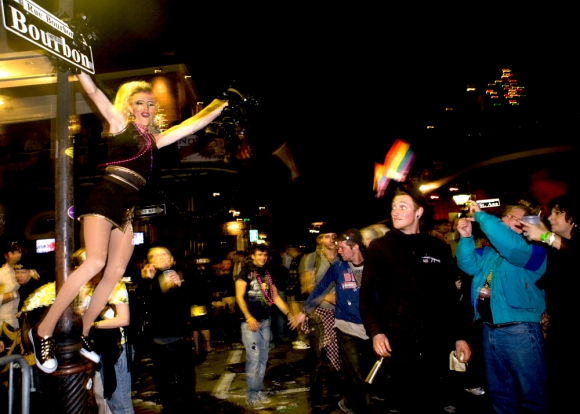 Well, if for those people that dignity is called Saints and has the shape of a Flordalise, I respect that and that is why last night I cheered with the Neworleans toward their victory in their first Super Bowl since 1978. 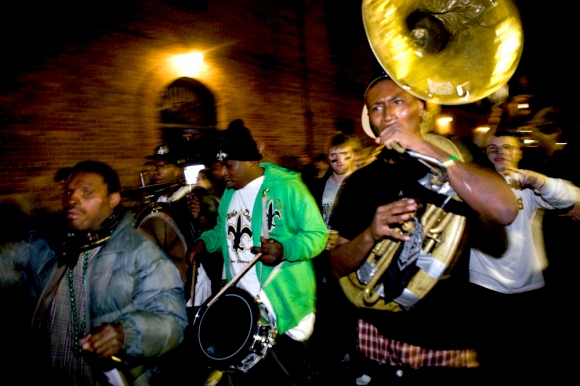 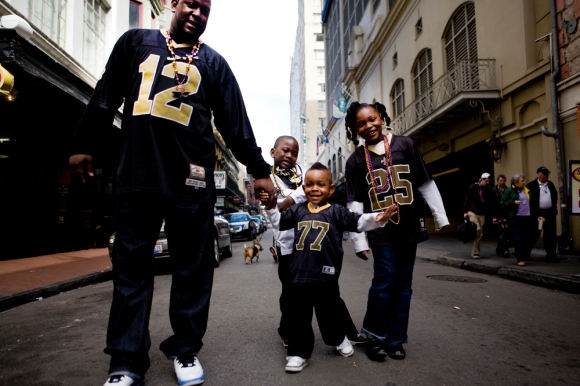