…As if their death in Auschwitz by Nazi’s hands did not teach humanity anything.

The Holocaust really happened.I can prove it to you and so can you.  You can either read about it or go visit the gas chambers where  many more great-grandparents were gassed to death because of difference in their religious beliefs, color of skin and whatever else Hitler found amusing to pick on.

But yet, denial of the Holocaust seems to be the new black. 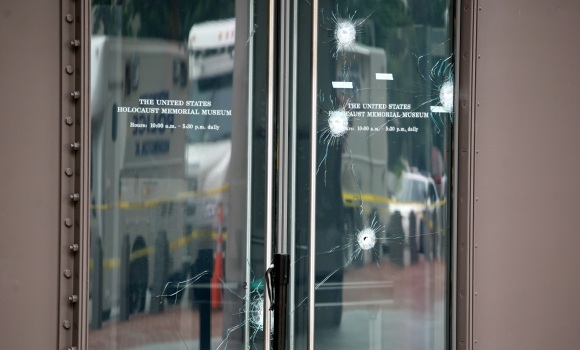 This was in fact the motive behind James W. von Brunn, the 88 year old man who walked into the United States Holocaust Memorial Museum in Washington D.C. on June 10, 2009 and shot his rifle in the hope of “killing a Jew,” but instead killed Stephen Tyrone Johns, an African American security guard on duty.
This happened only a week after President Obama visited the Concentration Camp of Buchenwald, Germany with Holocaust survivor Elie Wiesel to remind us never to forget the nightmare of the Shoa.

I naively thought anti-Semitism was over now that we have an African American president. I thought this was the age of  legal same-sex marriage, embryonic stem cells research and  the pro-abortion movement. But I guess I was wrong. If an old, anti-Semitic man acts much like a child, repeating the same mistakes a similar version of self made in the mid 90’s (Hitler for the ones who fancy denial), we are very far away from hanging our anti-Semitism fighting berets to a nail. 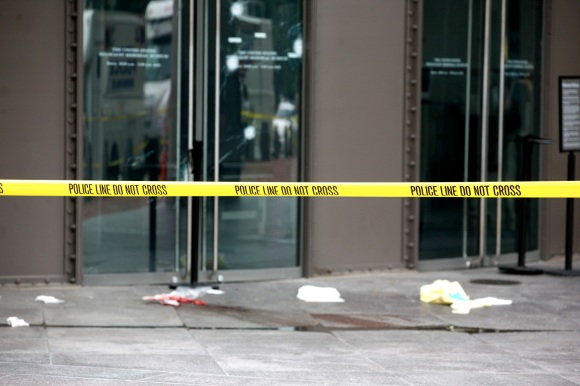 "See It To Believe It" by Federica Valabrega

We must fight the ones that, like Mr. von Brunn, think it’s so much easier to say the Holocaust did not happen and shave all responsibilities away and purge ourselves clean instead of accepting injustice and the consequences it brings.

I walked to the scene of the homicide today at 12pm. It all seemed much like a movie scene: The shattered glass, the blood stains, the yellow police tape.  But it was not fake body-paint and the bullets’ holes were not fired by bb guns.  The victim’s family was crying tears of pain and disbelief. We must be the ones to wipe their faces and encourage them. We must be inspired by the bravery of the police officer and continue fighting ignorance and the incongruences behind Holocaust denial and anti-Semitism.

If I could I would show Mr. von Brunn the incinerated bodies of my relatives, this might help him believe they actually did die in a REAL Concentration Camp while my grandpa and his brother escaped from Rome to Naples by foot.

But then again Mr. von Brunn might deny they are indeed my great-grandparents’ bodies.

After all, denying without proofs is what he does best.